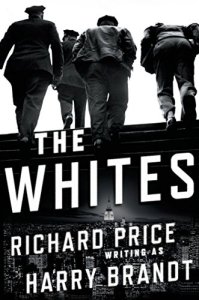 Back in the ’90s, there was a cadre of five rookie police officers who went out on their beats charged up on coke and ambition; but twenty years later they find themselves marginalized within the NYPD or out altogether. Billy Graves, an original member of The Wild Geese, now works the Night Watch, sidelined after having shot an innocent bystander in the pursuit of a felon. One night, a homicide comes to his attention: the victim is one of those “that got away,” a perpetrator who evaded justice. Billy checks into it a bit and discovers uncomfortable connections between the victim and his past. The past becomes a monster that promises to drown out not only himself and his friends, but his family as well as they battle personal demons and real threats.

The whole of the novel is packed with the power language of the police profession, and scenes are acutely described as to render them realistic. The set-up and conclusion are fast paced; the middle section only lagging owing to the number of scenes that underscore the book’s theme (of the past being brought forward to bear on the present); but don’t serve to drive the plot forward. The overall style of the novel is not nearly as elegant as Lush Life, and the meaning of the title could have probably been made more clear earlier in the book; but regardless, the cinematic appeal of the story is not to be denied.

MORE:
Pulling a Rabbit Out of a Glass Hat (Paris Review item about Richard Price’s use of a pseudonym)

OTHER: I received an Advanced Reader’s Edition of The Whites (by Richard Price writing as Harry Brandt) through the LibraryThing Early Reviewer program on December 15, 2014. I receive no monies, goods or services in exchange for reviewing the product and/or mentioning any of the persons or companies that are or may be implied in this post.

n.b. There are a couple of editorial lapses in the advance reader’s edition that hopefully will be remedied in the final release, e.g. Conversations have missing dialogue lines, and an unresolved fate regarding a minor character. 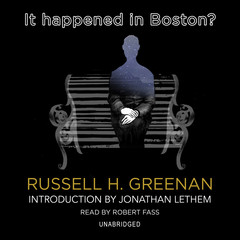 By many accounts, the story of what happened in Boston falls into the genre of Speculative Fiction. After all, very early on in the book, it is revealed that the protagonist of the narrative is a time traveler! Yet, it is equally apparent as the story unfolds that time travel is not the main thrust of the story; nor are the crime, horror, or philosophical elements, so the book is disqualified from being catalogued into those genres as well. Why not just label it as “Fiction” and leave it at that? Because it is much more than an imagined story of what happens to a painter as he rises in his career arc before he is shattered by a tragic event. It is the story about his acute perceptions as an artist as he shifts his focus to the surreal even as his corporeal world falls apart.

The unnamed artist tells his story from the first person POV, luring the listener into his tale: How his DaVinci-like skills brought him lucrative commissions, and how his best friends from the academy fared as well; How a tragic event started to unravel his reality as he searched out God Himself for a showdown; and the occult things he did in this quest…

The style of the narrative has its precedents in Shirley Jackson’s The Haunting of Hill House and in Patricia Highsmith’s short story collection, Eleven. The narrator, absolute in his convictions and reasonable in tone, starts becoming unreliable in credibility; and the things he does become a matter of morbid fascination. The listener is swept up into the intimacy of the artist’s world as it narrows in scope down to a park bench in the Commons or his now-seedy apartment with its menacing pigeons on the window ledge.

Written in 1968 and contemporary to its time, the listener might expect it to feel dated. While there is a decided old-fashioned sense to the scenes, like diners with sugar bowls, and a lack of twenty-first century technology like smartphones, the story is so richly and realistically depicted that the listener is “present” as much as the artist.

Robert Fass is the audiobook narrator for “Boston.” His style is very mannered, but not affected and serves the language intelligently. The book warrants no less. It is not a slapdash adventure with vocabulary of middle grade complexity; but a rich and sophisticated feast of words that paints pictures, even as the artist in the story paints his portraits. Fass’ style is complimentary to the novel’s voice, clear and direct even as the protag’s vision becomes less so.

Final notes about the overall production: There is an Introduction written by Jonathan Letham extolling Greenan’s ability to conjure the beauty of a fictional painting; but which also includes a major spoiler to the story. I would highly recommend skipping the Introduction (the first 7 minutes, 13 seconds of the audio after the opening credits) and listening to it after the story is over. There is also an Afterword by the author which talks about the difficulty in classifying the novel, and how it came to be written and received. Between the end of the story and the Afterword, I really wished there had been more of a pause, or an indication that the narrative was at an end so I could have savored the listening experience. The ending is powerful and deserves a moment or two to soak it all in before being hurled back into the real world.

It Happened in Boston? deserves more than to be relegated to the obscurity of a backlist. It’s a classic in its own right.

OTHER: I dnloaded a digital copy of It Happened in Boston? (by Robert H. Greenan, with an Introduction by Jonathan Letham; narrated by Robert Fass) from Blackstone Audio/downpour.com. I receive no monies, goods or services in exchange for reviewing the product and/or mentioning any of the persons or companies that are or may be implied in this post. 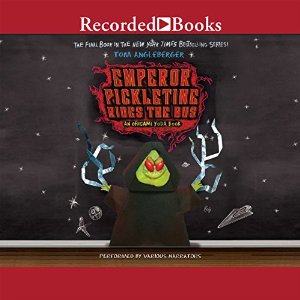 The final installment in Tom Angleberger’s Origami Yoda series, sees kids from McQuarrie Middle School go on a field trip to Washington, DC. For those unfamiliar with the series, it centers around a loser named Dwight who folds a paper Yoda figure that dispenses wisdom and advice to his classmates. Seemingly divorced from Dwight himself, the paper figure achieves a certain mystic aura among most students, suspicion to some (’cause there’s always at least one person like that,) and frustration for all of the teachers. As the series goes on, more paper figures are introduced, all from the Star Wars cast of characters. It’s fun, and while the print books are heavily illustrated, the audio works surprisingly well on its own. The production value across the series is a little uneven (splicing the different narrators’ sessions together seems to be a recurring issue resulting in some extra long pauses in some of the titles); but “Emperor Pickletine” seems to have had a better post engineering on it than the other titles.

Tommy, the principal chronicler of the series is voiced by Mark Turetsky, who, as always, turns in a performance great for capturing the tone of a middle-grader (as opposed to sounding like an adult mimicking a child.) He does an awesome Chewbacca impression (check out The Secret of the Fortune Wookiee), which sadly wasn’t called for this time; but to make up for it, Dwight actually speaks in this book, and he is perfectly rendered by Tom Angleberger himself!

Even if you haven’t listened to the others in the series, the book is entertaining and fun; and I’m sad to see it end.

Recorded Books’ Interview with Tom Angleberger and Mark Turestsky:
Tom and Mark talk about the fun of narrating an audiobook, the imagination sparked by the Origami Yoda series, and of course, we geek out on some Star Wars trivia.

OTHER: I received a CD library edition of Emperor Pickletine Rides the Bus (by Tom Angleberger; narrated by Mark Turetsky et al) from Recorded Books in exchange for a review. I receive no monies, goods (beyond the audiobook) or services in exchange for reviewing the product and/or mentioning any of the persons or companies that are or may be implied in this post. I have donated my copy of the audiobook to Ashland Middle School in Ashland, OR which is currently rebuilding their audio collection. If you have a middle grade audiobook (CD edition(s)) in good or better condition that you would like to donate, please contact me at dogearedcopy@gmail.com